Prayer for unity of Christians

Today, Justin Welby, the Archbishop of Canterbury (our neighbour) and Cardinal Vincent Nichols, Archbishop of Westminster were live on Facebook talking about prayer, unity and sharing the good news of Jesus Christ. They have shared this wonderful prayer. Why not pray for the unity of Christians today? 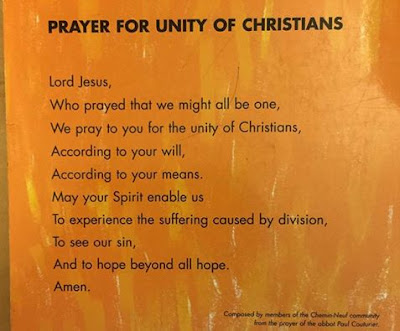 Posted by Shrine of Saint Jude at 17:00 No comments: 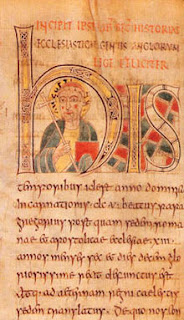 Augustine of Canterbury (first third of the 6th century – probably 26 May 604) was a Benedictine monk who became the first Archbishop of Canterbury in the year 597. He is considered the "Apostle to the English" and a founder of the English Church.

Augustine was the prior of a monastery in Rome when Pope Gregory the Great chose him in 595 to lead a mission, usually known as the Gregorian mission, to Britain to Christianize King Æthelberht and his Kingdom of Kent from Anglo-Saxon paganism. Kent was probably chosen because Æthelberht had married a Christian princess, Bertha, daughter of Charibert I the King of Paris, who was expected to exert some influence over her husband. Before reaching Kent, the missionaries had considered turning back, but Gregory urged them on, and in 597, Augustine landed on the Isle of Thanet and proceeded to Æthelberht's main town of Canterbury.

King Æthelberht converted to Christianity and allowed the missionaries to preach freely, giving them land to found a monastery outside the city walls. Augustine was consecrated as a bishop and converted many of the king's subjects, including thousands during a mass baptism on Christmas Day in 597. Pope Gregory sent more missionaries in 601, along with encouraging letters and gifts for the churches, although attempts to persuade the native Celtic bishops to submit to Augustine's authority failed. Roman bishops were established at London and Rochester in 604, and a school was founded to train Anglo-Saxon priests and missionaries. Augustine also arranged the consecration of his successor, Laurence of Canterbury. The archbishop probably died in 604 and was soon revered as a saint.

Not far from our Shrine in Faversham is the lovely Shrine to St Augustine in Ramsgate, which the team visited earlier this week. It's a Pugin church and is stunning.

St Augustine, pray for us.

Posted by Shrine of Saint Jude at 08:45 No comments:

Novena for the Feast of the Sacred Heart

The following novena was recently published in Carmelite News and is from the National Shrine of Saint Jude. Our novena to the Sacred Heart is for nine days.

You can pray the novena in private, with your friends or family, or in a group. The novena starts on 26 May 2016 and continues until 3 June 2016.

Merciful God,
we rejoice in the gifts of love
we have received from the
heart of Jesus, your Son.
Open our hearts to share his life
and continue to bless us with his love.

We ask this through
our Lord Jesus Christ, your Son,
who lives and reigns
with you and the Holy Spirit,
one God, for ever and ever.

Posted by Shrine of Saint Jude at 09:19 No comments:

Today is the feast of St Bede (c673-735 AD), also known as the Venerable Bede, who was an Anglo-Saxon monk, theologian and historian living in Britain. His most famous work, The Ecclesiastical History of the English People has gained him the title Father of English History. At the National Shrine of Saint Jude, we have remembered this special saint.
In 1899, Bede was made a Doctor of the Church by Pope Leo XIII; he is the only native of Great Britain to achieve this designation (Anselm of Canterbury, also a Doctor of the Church, was originally from Italy). Bede was moreover a skilled linguist and translator, and his work made the Latin and Greek writings of the early Church Fathers much more accessible to his fellow Anglo-Saxons, contributing significantly to English Christianity. Bede's monastery had access to an impressive library which included works by Eusebius and Orosius, among many others.

Posted by Shrine of Saint Jude at 13:27 No comments: 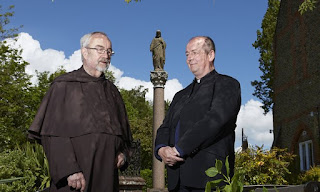 The Guardian has published a very interesting set of interviews with people who have followed various vocations. One of these interviews is with two of very own CA priests: Fr Wilfrid McGreal, O.Carm (Prior in Faversham) and Fr Leonard Tatt (Southwark Archdiocese). The article compares the veterans and those who are starting in their chosen vocation. Read, here.

Posted by Shrine of Saint Jude at 15:39 No comments: