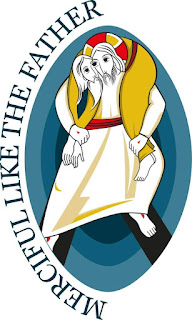 For the first time, a shared Mass will be celebrated at the National Shrine of Saint Jude in honour of Saint Joseph and all fathers and grandfathers.

Saint Joseph, pray for us!

Posted by Shrine of Saint Jude at 10:52 No comments:

Thoughts from the Chaplain - Lent 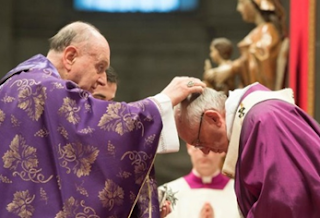 I last wrote about what is called Ordinary Time and now that we have just started Lent, so I thought it appropriate that I write something about Lent.

In the Oxford Dictionary the definition of Lent is: the period preceding Easter, which is devoted to fasting, abstinence, and penitence and runs from Ash Wednesday to Holy Saturday.

In the Catechism of the Catholic Church it denotes the liturgical season of forty days which begins with Ash Wednesday and ends with the celebration of the Paschal Mystery (Easter Triduum). Lent is the primary penitential season in the Church's liturgical year, reflecting the forty days Jesus spent in the desert in fasting and prayer.

So what do we do during Lent?  The first thing is Prayer.  Of course all of us pray as part of our Christian lives but the idea of prayer in Lent is to take a serious look at our prayer life. Like an engine our prayer life needs to be serviced every so often; it needs tinkering with to improve its ‘performance’.  Maybe we need to look at a different form of prayer to the one we have been using for the last few years and see if something new may give vigour our prayer. Or maybe we need to try some periods of just silently being with God.  I am not saying that the way that we all pray needs to be thrown out and replaced but just that sometimes an added dimension or facet to our prayer life may open us to a something fresh.  Saint Augustine says: Do you wish your prayer to fly toward God? Give it two wings: fasting and almsgiving; this brings us to the second aspect of Lenten practise:  Fasting.

Fasting is the practice refraining from eating between meals and to limit our eating to one full meal and two lighter meals.  This applies to then entire Lenten Season although Ash Wednesday and Good Friday are days of fasting and also abstinence. Abstinence means that we do not eat meat on those days.  Of course these practices do not mean that we give up the tradition of not eating meat on a Friday.  It is not only the Christian Churches that use fasting. Most of the major religions see the benefits of a fast period as a cleansing and a preparation for a religious feast. A number of doctors also recognise the health benefits of fasting and there is now the five day fasting diet.  These advantages of fasting can of course be applied to Christian and especially Lenten fasting but the main purpose of fasting is as a preparation for the celebration of the Easter Triduum and reflects the forty days in the wilderness of Jesus as he prepared for his public ministry.

The third dimension of our Lenten preparation is also mentioned by Saint Augustine and that is Almsgiving. If we go back to the earliest days of the Church, we see almsgiving at the heart of Christian community. In the Acts of the Apostles, we read, “There was no needy person among them, for those who owned property or houses would sell them, bring the proceeds of the sale, and put them at the feet of the apostles, and they were distributed to each according to need” (4:34-35). Almsgiving was woven into everyday life, a given, a Christian attitude that has since lost some of its edge. Almsgiving is not only for the rich or people who have some extra spending money, but also for those who are poor or are struggling; remember the widow putting her last small coin into the temple collection. All of us are called upon to go outside of our own personal needs and help others during this time, especially during this time, because we are always called to do this as Christians. Those who are unequal in their capacity to give can be equal in their love with their hearts. So if we cannot give of our treasure, then we can give of our time or talent.

Prayer, Fasting and Almsgiving the three pillars of Lent. Pope Francis says of almsgiving:  "In almsgiving one gives something to someone from whom one does not expect to receive anything in return. Gratuitousness should be one of the characteristics of the Christian, who aware of having received everything from God gratuitously, that is, without any merit of his own, learns to give to others freely” (Homily in Basilica of Santa Sabina, Wednesday, 5 March 2014).

Posted by Shrine of Saint Jude at 09:36 No comments:

We are pleased to announce that the latest issue of Carmelite News is now available to all our on-line subscribers – a whole week before it arrives in the post for the rest of our supporters.
Carmelite News is available to view via a system called Page Tiger. You do not need special software for the on-line magazine and you will be able to print all, or part of it if you wish to do so. Page Tiger will allow you to turn the pages and read the newsletter as if was printed. 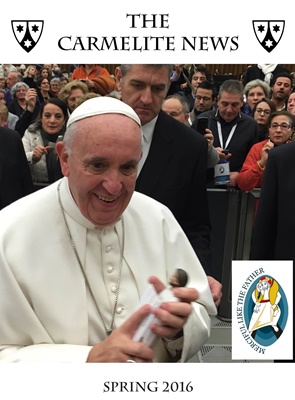 Posted by Shrine of Saint Jude at 15:16 No comments: